I didn't do a Valentine's Day post, but here's one for the day after, because most days are like that: days after or days before. T. spoiled me; he gave me my favorite flowers yesterday: We spent the weekend in Jebsheim to attend a baptism. We spent Saturday afternoon working at the farmhouse some more. A new floor has been installed in the attic; it's beautiful! I don't have any pictures of it though. It was a work day, not a photo day. They started ripping out the ceilings and the floor tiles...to be replaced later. The enormous stone kitchen sink was taken down. The electricity's been turned off so that they can rewire. Things are moving along!

I rescued some more items while I was there. This canister set I found in the bathroom: 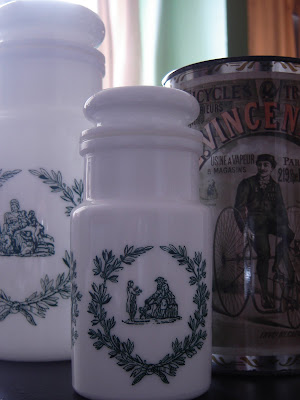 There are three little canisters and one big one. Originally there were two big ones, but I broke one on accident. Whoops! They are now livening up our bathroom.

And I also rescued these two tins, which are destined to hold my knitting needles: 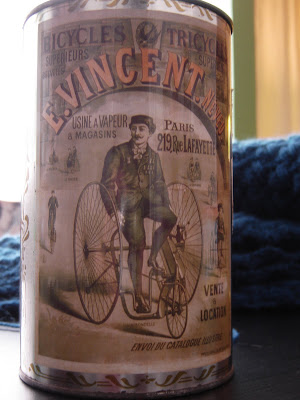 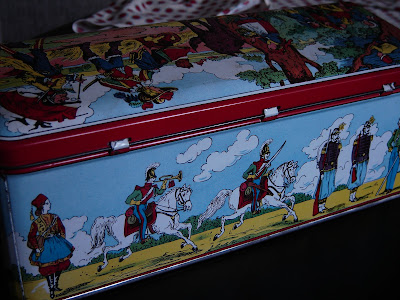 Here's a tin that I previous rescued, but I forgot to photograph the goodies that it contains. So here you go: 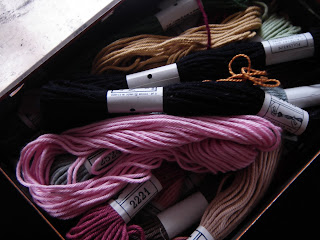 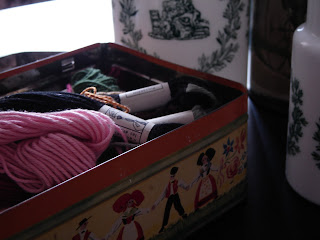 Put this is the real jewel that came home with us: 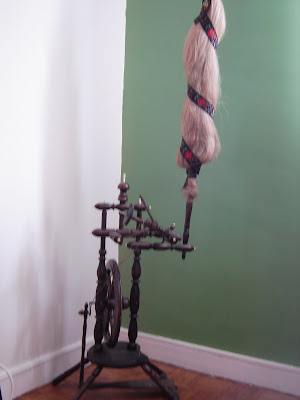 A spinning wheel!! It's not a great photo; I'll take one from another angle. But here's a close-up on the ribbon: 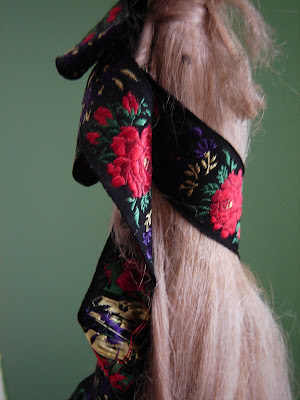 Have a great week everyone!