I signed up for an evening sewing class where I work (a cultural center). It will last all school year and runs for two hours on Tuesday night. My first project was to learn/practice some hand stitching. So here's my sampler: 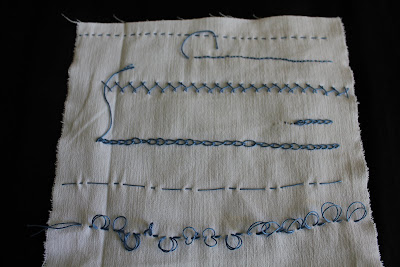 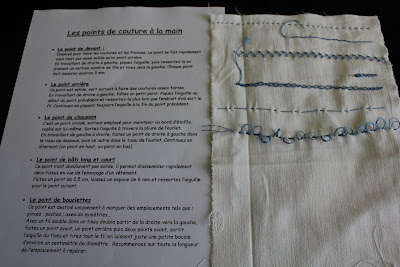 And here's another worksheet I filled out as homework. It shows how the machine is thread: 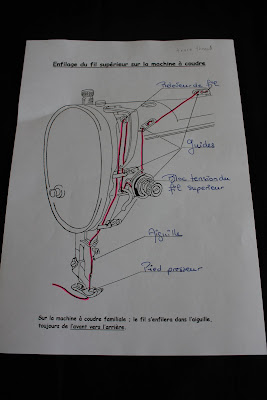 For my first class project, my teacher will help me draft a straight skirt. I'm not sure what fabric to use!!