This combination of short-pants and waistcoat are basically completed.  It's for a costume, so I plan to add some bling bing, but these are the basic pieces. 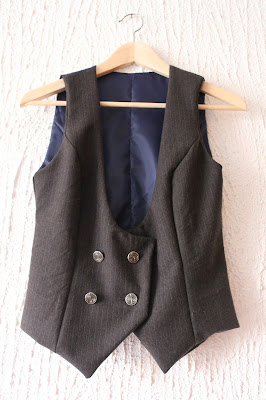 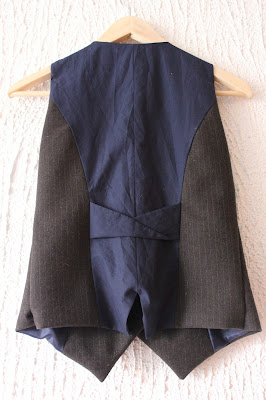 Made from Simplicity 2556, a Project Runaway pattern.  I think this pattern may be out of print.  I had some trouble finding it available to purchase in any case.

I used stash materials for absolutely everything, so go me on that one! Oh yeah, except the pattern, which I did have in my stash, but not in the good size range for my friend.

Yes, this will not be worn by me.  When the entire outfit is complete (I'm still working on the blouse), I'll ask my friend to model for me. 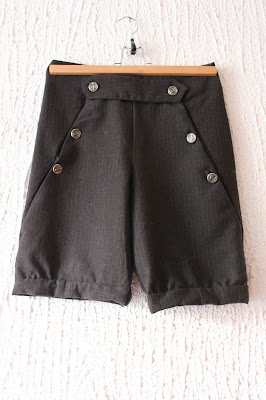 The bottom was made with Simplicity 2656, but modified to have a more piratey effect at the knees.  I made the piratey part way more complicated than it had to be.  I made my own pattern pieces and wasn't precise enough in taking note, so I was scratching my head a bit when it came time to do the second leg.  The insides on that part are absolute shit.  But they look nice elsewhere.  It's a costume; it'll be fine.

And, I have to say, it was no cozy boatride for the waistcoat either.  I found the directions rather sparse for the lining insertion; and it didn't help that I had inadvertently skipped a step earlier.  I was forced to go my steadfast resource Sewing Basics by Patricia Moyes.  Her directions were slightly more helpful, but her photos even more so.  I was able to figure it out after that.

I have several other waistcoats to make, so hopefully I'll get the process down! 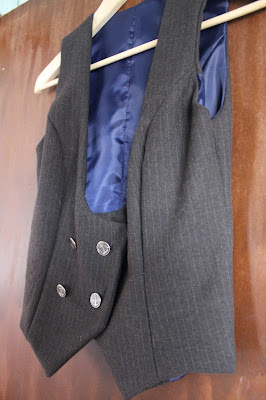 Here's  an in-progress shot for the blouse: 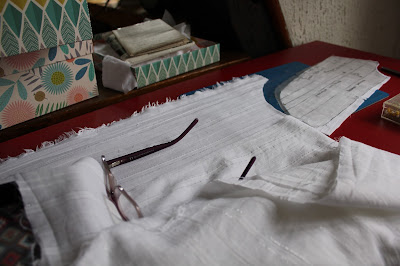